“You could just feel Chengdu’s immensity, its heaving, low-slung power. Around 10 million people lived there, in this city I’d never heard of back home. It was a revelation, coming face to face with just how massive China is.”

David Wertime had no definite career plans in mind on the sunny June day in 2011 when he left his position as a securities lawyer with Milbank’s Hong Kong office. What he did have was extensive knowledge of China, which he’d begun cultivating ten years earlier as a Peace Corps volunteer in Fuling, China and a bit of money squirreled away from his last four years as an associate at Cravath’s New York office and Milbank’s Hong Kong branch. “I felt that from a personal, financial and career perspective, I was staring at my last, best chance to create something meaningful and lasting,” says Wertime.

Still, it would be another five months before he and two classmates from law school came up with Tea Leaf Nation, a blog that specializes in synthesizing and spotting trends in the varied and passionate opinions of China’s increasingly outspoken netizens. In the meantime, Wertime engaged in a punishing, daily process of brainstorming, then shooting down, ideas.

“Until you create something real in the world, an idea isn’t worth much,” says Wertime. “By disposition and training, I can easily think of a dozen roadblocks to any idea or venture. It took a couple months to realize that I was not spending enough time filling out the positive half of the proverbial ledger, and I was not assigning those positives enough weight.

That first step down the right path doesn’t make a sound. The world remains as indifferent to you as it ever was.” 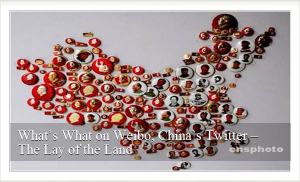 Wertime wandered the streets of Hong Kong until 3 a.m. on the night before he gave notice at Milbank. “I reflected on all that I was potentially gaining, which is never as immediate and concrete as what you’re giving up,” says Wertime. But by 3 a.m., after miles of walking, he knew that leaving the law was the right move.

Given the economic climate, “How can you leave a job that others really want?” became the common refrain of fellow attorneys. Wertime’s answer: “If something isn’t right for me right now, and it’s really right for someone else, and I pass it to them, aren’t we all better off?

I do vividly remember one partner telling me I was ‘crazy for jumping out of a plane without a parachute,'” Wertime recalls, though it wasn’t the first time Wertime had taken such a leap.

In 2001, Wertime committed to two years in China as a Peace Corps volunteer, though, at the time, he had no knowledge of Chinese history, language, or culture. “Perhaps because my brain couldn’t process all of the immense changes my life was undergoing, I tended to focus on the details,” says Wertime. “I kept noticing how different the fixtures in China were–street signs, lamps, doorknobs.”

While in Chengdu, China for his initial Peace Corps training, Wertime became fascinated with the city. “You could just feel Chengdu’s immensity, its heaving, low-slung power,” says Wertime. “Around 10 million people lived there, in this city I’d never heard of back home. It was a revelation, coming face to face with just how massive China is.”

He would return to that sentiment in November of 2011 when two law school classmates, now residing in China, visited Wertime, who had since relocated to Washington, DC. During a conversation on The Mall, talk turned to the need for an information source that combined close attention to China’s social media with serious efforts to connect that media to major issues and stories. Together, Wertime and his classmates concluded, they would use their combined knowledge of Chinese slang, history, culture, politics, and social media to sift through, synthesize, and translate the sentiments of China’s netizens each day. Soon thereafter,  Tea Leaf Nation went live.

Of his China-based co-founders (who have asked to remain anonymous due to the nature of their work), Wertime says, “It’s a great thing having brilliant colleagues who also value the same things as you.

We think we’ve seized on a tremendous opportunity. Western media often depicts China as monolithic, but there’s actually tremendous diversity of opinion, even if the government often doesn’t listen to all those voices. There’s censorship, but the censors can’t keep up. The level of candor is frankly shocking.”

Now, two months into its creation, Tea Leaf Nation is “focused on building something useful and lasting that we can all be proud of,” says Wertime. “I still can’t articulate exactly why I am doing what I am doing. But that’s the challenge–answering the rational doubts with all those words we learn to discount as attorneys: Confidence. Chutzpah. Fate. Faith.”

Connect to David Wertime on LinkedIn.

This entry was posted in ex-lawyer. Bookmark the permalink.